Placed an important role at the time of great leaps in Vietnam automation development, in 2017, Autotech Services & Technical Solutions Jsc., called ATTS was founded, proudly to be one of the first and few companies in Vietnam to provide automation services & technical solutions for both manufacturers & investors.

Being a typical heavy industry, automobile manufacturing heavily applies automation and uses robots in almost the entire process. So, what are the 5 key applications of automated robots in the car production line? Let’s find out. 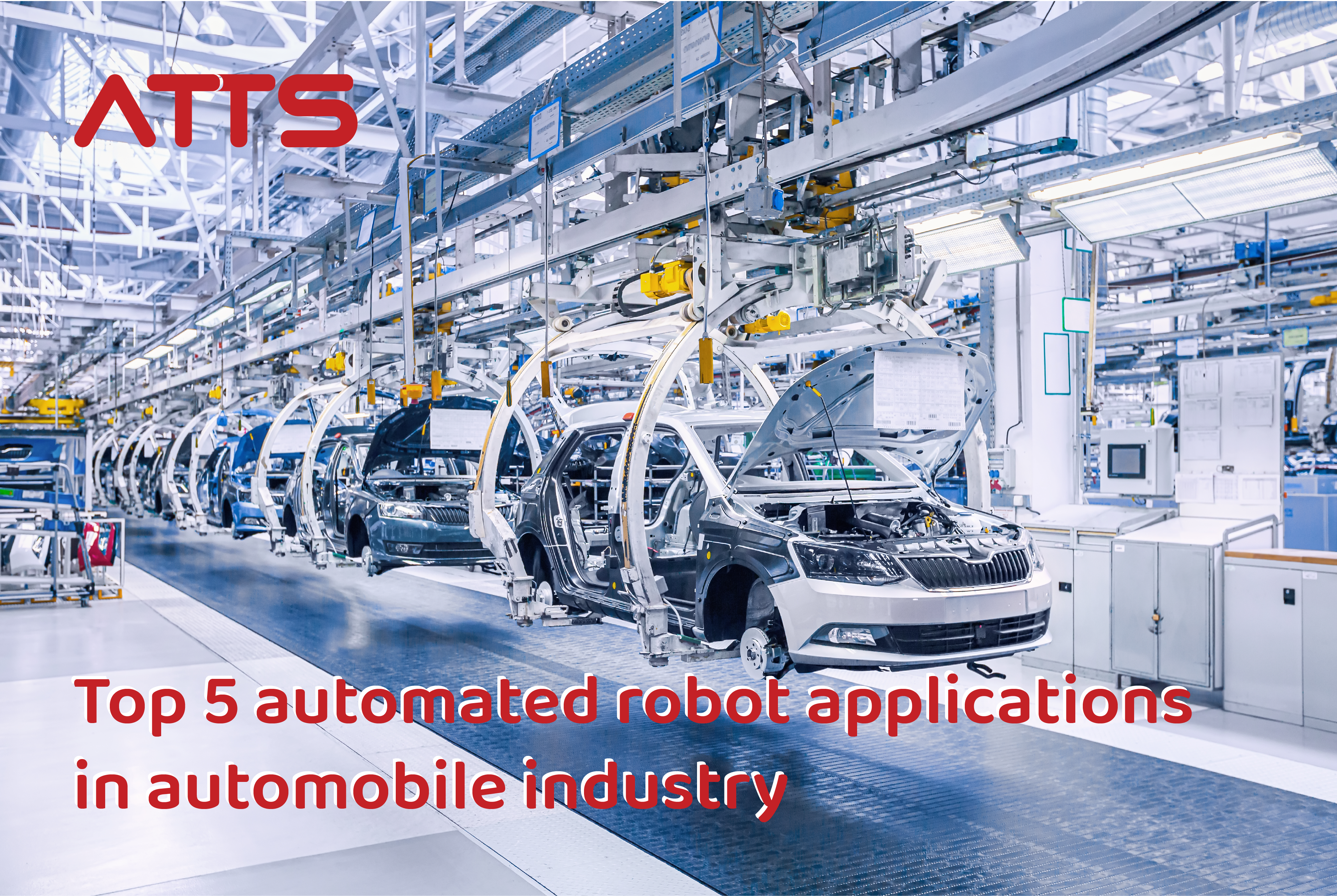 The development of automation applications in automobile industry 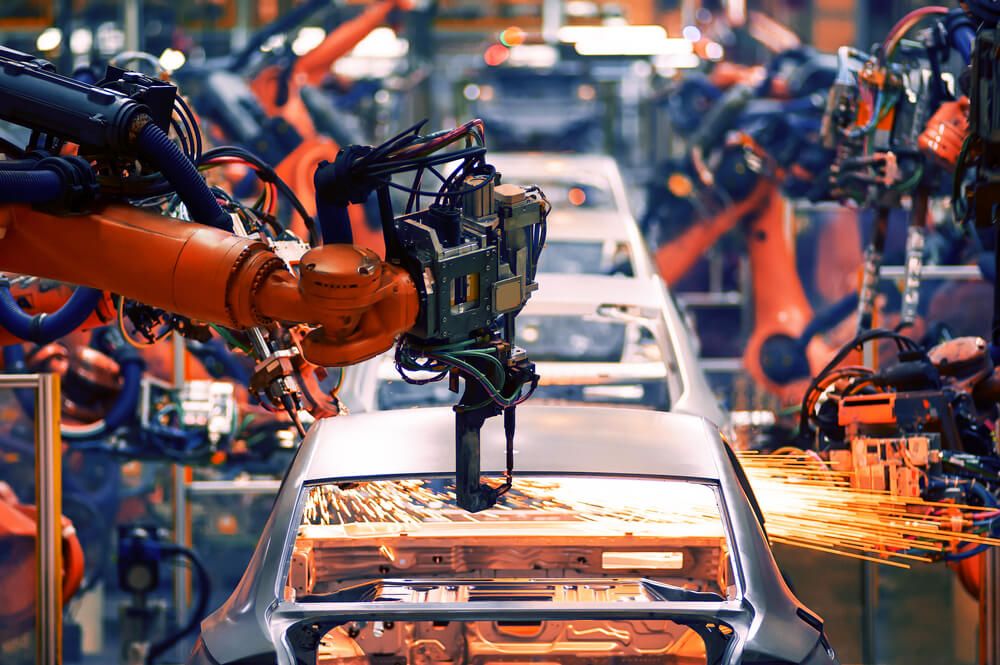 Automation is involved in almost the entire automobile manufacturing process

World War II and the age of technology and automation

World War II witnessed a leap in technologies. During this period, a series of great inventions emerged, including the introduction of the first computer and integrated circuits; and more importantly, the beginning of the automation race.

The demands for cars skyrocketed so automobile businesses in the US urgently looked for a technical solution to improve production output. And automating production lines is exactly the answer. However, due to technological limitations, early robots can only perform simple tasks such as picking and placing.

Automation boom in the 1970s

In early 1961, the first model of industrial robots was deployed at General Motors factories. They mainly performed spot welding. In the following years, thanks to the application of pressure-sensitive sensors and microprocessors, the robot arm was able to do more sophisticated tasks. In the 1980s, car companies invested heavily in automation, spending billions of dollars on robot systems in their assembly workshops. 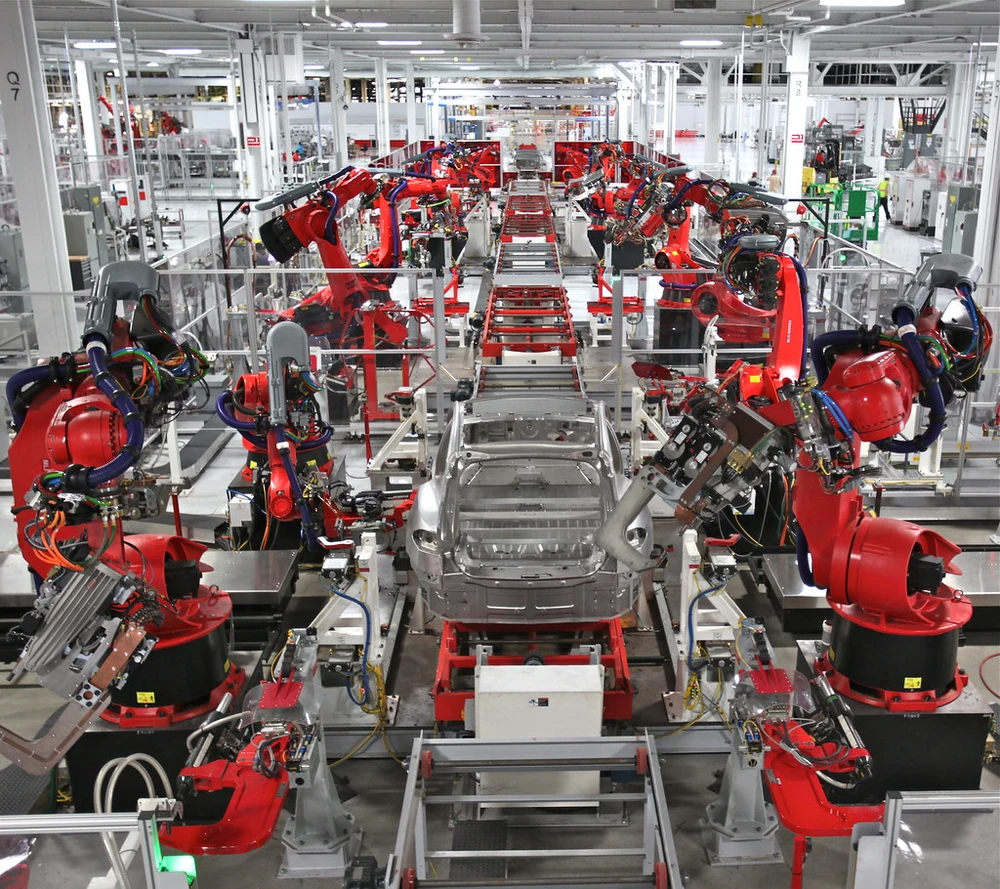 Nowadays, having modern automated robot systems is considered a competitive strength among carmakers. In fact, more than 50% of industrial robots sold in North America are serving in automobile manufacturing factories. 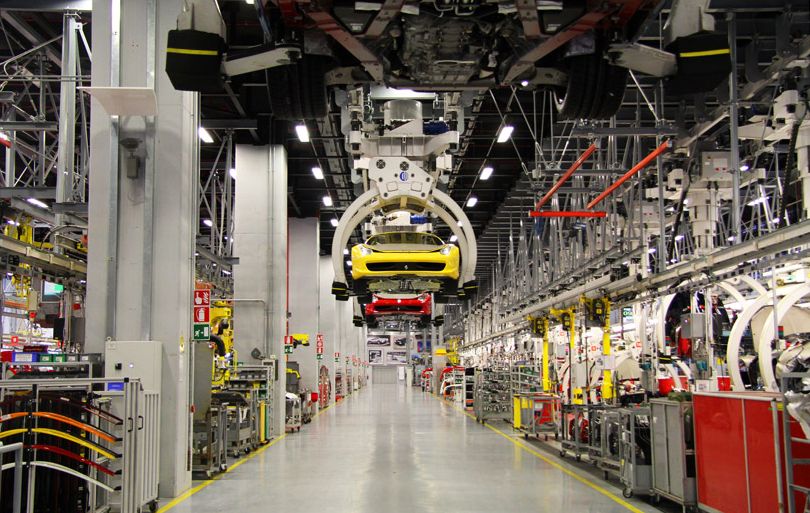 Integrated vision is a smart camera system that allows vision-guided robotic inspection applications including defect detection, guidance, alignment, and measurement in various factory automation environments. The integrated vision system can reduce hard automation demands and solve tasks that require the involvement of visual technology. Common applications are part positioning, visual inspection, sorting, identification, etc. The time required to process is usually less than 2 seconds for an image, depending on the level of complexity.

The process of painting the car body with the help of industrial robots is not new, but it is still a significant application. In fact, finding a qualified painter is not easy, this is also a hard job because it requires frequent interaction with hazardous chemicals and consistent performance. Implementing robots not only increases overall productivity, but also increases quality uniformity. Another benefit of painting robots is the material saving. When perfectly programmed, robots can paint evenly with a moderate amount, which results in reducing the rate of substandard products and avoiding waste.

Robots are great automated assistants in the welding stage of car manufacturing process, as they can simultaneously perform welding while handling related parts. The most common tasks include arc welding and spot welding. With the strength of high accuracy and repeatability, robot systems make the manufacturing process safer and more efficient.

Repetitive but indispensable jobs, namely installing wheels and installing windshield, are regarded highly physically demanding tasks for human labour. Therefore, using robots instead is a reasonable solution. The reason is that automation systems shorten processing time and increase the accuracy and reliability of the assembly line.

Handling car parts is often one of the most dangerous parts of a production line due to external risk factors such as molten metal, sharp edges, or risky transportation. Robot in this case is the perfect solution. They speed up processing, as well as reduce worker accident rates and the risk of business compensation by eliminating the participation of human labor.

Read more: Automation services and solutions for the automobile industry

Thus, the rapid development of the automobile industry has driven the automation industry. The percentage of robots operated in a car factory will increase gradually, they will be more involved in all stages of automobile production lines. Eventually, automobile manufacturing will be completely automated and transform into a smart factory model.